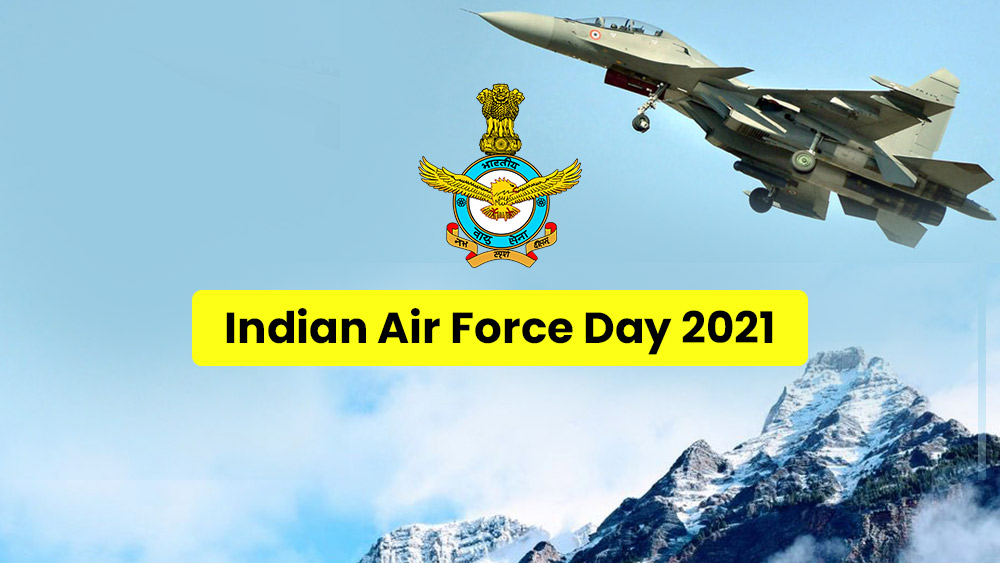 Every year on 8 October, the country observes Indian Air Force Day. IAF was established on 8th October 1932. The day recalls the establishment of the IAF. This year marks the 89th anniversary. This special day is celebrated in air force bases all across the country with air shows and parades conducted by air force cadets.

Why is the IAF Day Celebrated?

Every year the country celebrates this day to raise awareness around the world about the Force as an organization that works towards strengthening national security. Indian Air Force is the air arm of the Indian armed forces as it plays an important role in wars fought by the country. The first war was fought by the force on 01st April 1933. The first time Indian Air Force came into brave action was during the Waziristan war against the tribal. During World, War II proved to be a great defence force, especially in Burma. Its anonymous contribution and achievement made the IAF win the prefix of Royal in 1945 and hence came to be known as the Royal Indian Air Force (RIAF). Later the prefix Royal was dropped when the country became a republic in the year 1950.

As per the press report issued by the Ministry of Defence “ A scintillating air display by various aircraft will be the hallmark of the Air Force Day Parade-cum-investiture Ceremony at Air Force Station Hindan (Ghaziabad). An area over which aircraft will be flying at low levels are Wazirpur bridge -Karwalnagar – Afjalpur -Hindan, Shamli – Jiwana – Chandinagar – Hindan, Hapur – Philkua – Ghaziabad – Hindan.”

As per the report “The air display will commence with flag-bearing skydivers of the famous AKASH GANGA Team dropping out of AN-32 aircraft in their colourful canopies at 08:00 am. The flypast would include heritage aircraft, modern transport aircraft and frontline fighter aircraft. The ceremony will conclude at 10:52 AM with the spellbinding aerobatic display.”

The Indian Air Force has grown tremendously in recent years and has also begun to grant permanent commissions to women officers recruited under WSES. The IAF provides huge career opportunities to Indian nationals. In the Indian Air Force, One can have a career in different branches.

Freshers and experienced candidates can bookmark this website Latest Govt Jobs to apply for IAF Recruitment. Subscribe to us to get a free job alert related to Indian Air Force Recruitment. We provide all the important and useful details of Air Force Jobs so that candidates don’t get confused while applying for a job. We will inform you about the Air Force Vacancy as soon as it is released by the officials.